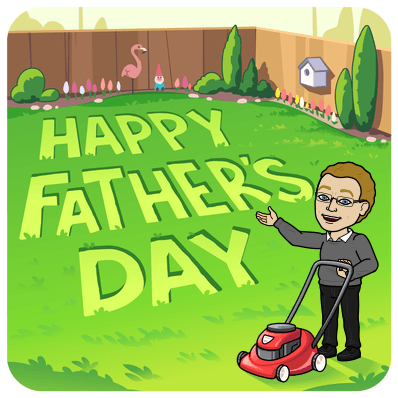 It was an honor to meet Paul Overstreet, a true legend of Nashville’s singer/songwriter community. He was a guest on the Rodeo & Juliet Show at the Franklin Theatre.

I told Paul that I appreciate the focus on the family in his music. So much so, that I used his artist profile to create a “Positive Country” station on Pandora. I also created a playlist on YouTube.

It was difficult to decide on a song to dedicate to you three on this Father’s Day, because Paul has written so many worthy songs. But, I finally decided on two. I was driving to Memphis, and listening to Pandora, when I heard for the very first time, “Wise Men Still Seek Him.” I wrote the name of the song on a napkin so I wouldn’t forget it. The other is an old favorite, “Richest Man on Earth.”

What I want for you three to take away from these songs is this, “Be wise men by seeking God, serving Him, and training your family to do the same (dare to stand like Joshua).” And, in doing so, “You will be the richest men on earth.”

I love you so much!
Dad

Check it out, “Wise Men Still Seek Him,” by Paul Overstreet:

For years they must have watched the heavens day and night
How else would they have known a new star was in sight
It wasn’t in the papers, wasn’t in the TV Guide
I’m not really sure how they did, but somehow they got wise

They rode their camels across the desert’s burning sand
They couldn’t fly you know, there were no planes back then
Then they met ol’ Herod, who was out to steal their joy
But they brushed ol’ Herod off and found God’s baby boy

Well, today they travel different, but they’re wise men just the same
Still talking about the Savior and that blessed night He came
I hear ol’ Herods out there still trying to deceive
But a whole world full of Herods can’t stop those who believe

Well, they’re looking for that river, that never will run dry
The One and only One who can bring meaning to their life
They’re searching for the only way through Heaven’s open door
Bringing gifts to offer Him just like they did before

Check it out, “Richest Man on Earth,” by Paul Overstreet:

Well, I’ve heard tell of millionaires and billionaires and such
Who gathered all their treasures and still did not have enough
If money could buy peace of mind, I guess they’d have it all
But all the money in the world won’t hold you when you fall

Chorus
We’ve got a roof over our head, and the kids have all been fed
And the woman I love most lies close beside me in our bed
Lord, give me the eyes to see exactly what it’s worth
And I will be the richest man on earth

Lord, when I wished I had the things that you gave someone else
I pray that you’ll forgive me for just thinking of myself
I haven’t been as thankful as I know I ought to be
I should be more than satisfied with all you’ve given me

Bridge
One thing is for certain, it don’t matter when you die
If you had a million, or if you just got by